Five Reasons Why The World Needs Renaissance Men and Women 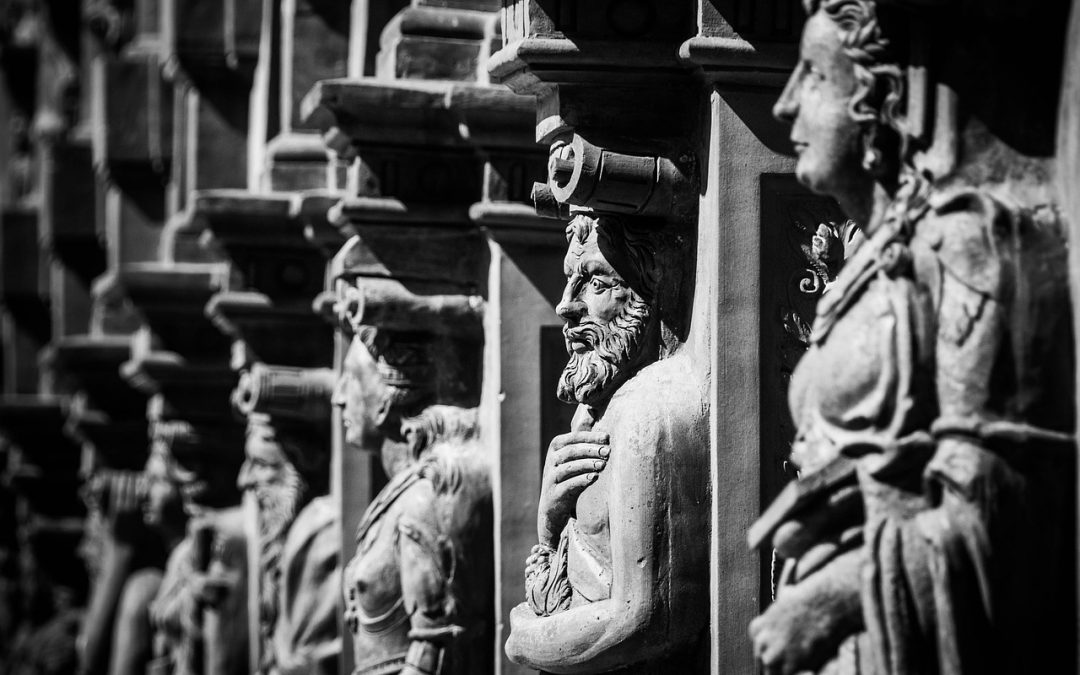 Five Reasons Why The World Needs
Renaissance Men and Women

Let’s get this out of the way immediately: No, this article isn’t an anthem on behalf of men. In other words, I’m addressing both men and women. At the same time, we must submit to the reality that 600 years ago (and more) the term “Renaissance Men” referred to, well, men. Unfortunate, yes, but there it is. That was then. This is now. And I’m here to declare that our world needs Renaissance Men and Renaissance Women and in great numbers.

Because, according to YourDictionary.com: “A Renaissance man is defined as a man who is knowledgeable or proficient in a variety of fields. He is an intelligent man who excels in many areas.” So more than a “Jack of all trades” (although that can be admirable). A great example of a renaissance man is Leonardo da Vinci, because he was a painter, sculptor, engineer, scientist, philosopher, architect, inventor and a number of other things. Many consider him a genius.

Let’s look at the five—count them, 5!—reasons why the world needs renaissance men and women:

ONE: Just About Anyone Can Get Their Renaissance On

So, here’s a question. Do you have to be a genius to be a renaissance man or woman?

Nope, you don’t! It might make it easier but it isn’t a requirement. 😉 Which is encouraging, since I am a long way from being a genius. But since I was young and first heard about renaissance men, I’ve striven to be one. They just seemed to be incredibly interesting people. Curious about the world. Seeking out multiple ways to positively impact those around them. In a word, their eager engagement with the world seemed to me to be a profound living out their faith, discovering the fingerprints of the Creator in more and more places. Engaging in so many disciplines within God’s creation was, in a small way, imitating their Creator.

TWO: It Just Takes Some Persistence—Renaissance Intentions in Action

A recent November was an intense month for me. The reason I mention it is to show, in part, how I tried to be a renaissance man during that month.

As a business and marketing coach (the day job), I worked with more than 35 business people in November. Ten of them were in one company, which is seeking to 1) develop a more cohesive and adaptive team, and 2) become the best firm in their niche. All of the others are entrepreneurs or intrapreneurs (“employees”), needing help with increasing revenues, getting more efficient, playing to their natural giftedness or learning how to excel. Even with several days off for Thanksgiving, it was a challenging month. It was also very gratifying.

November is also called NaNoWriMo to writers. Over 400,000 people around the world struggled to write 50,000 words or more to “win NaNo.” What do they get for winning? They get a pdf declaring “Winner!” Yes, for averaging 1667 words per day, for 30 days, they get a sheet of paper. But you know what? NaNo winners feel like they completed the Iron Man. Because it’s hard. About 8% of the participants in this year’s NaNo crossed the 50K finish line. This was my 3rd NaNoWriMo. It was also my 3rd “win.” I am passionate about completing my teen fantasy novel series, and NaNo has an incredible focusing effect. Two books in my series are published. Three more are in the works because of NaNo. Two more are planned.

My goal is to create a contemporary series in the spirit of C.S. Lewis’s The Chronicles of Narnia. Will I succeed at that? I have no idea. Besides, readers are the ultimate judge of that, anyway. All I can do is write the series. God has put it on my heart to do so. But writing books is a very right brain experience and nothing like coaching business people. Still, I intentionally worked diligently at both in November. I was an entrepreneur, business coach and novelist. A mini-Renaissance man!

THREE: You May Already Be Renaissance-ish in Action

What I have discovered about living like a Renaissance man is that you must work hard at it. And to work that hard, you must take care of yourself. My physical workout objective is to average 10,000 steps per day. In November I logged 312,939 steps, so I exceeded my goal by a smidge. Sleep is crucial to long-term health. I averaged over 7 hours a night. Everyday, I drank at least 6 glasses of water. How do I keep track of these? I use a pedometer for walking, an app on my smart phone for sleeping, and a 24 ounce water bottle for water intake.

For my spiritual health, I do my devotions in the quiet hours of early morning, and I end each day with a gratitude recap, noting what went well and what I am grateful for. We attend a spiritual challenging church. We listen to music than enriches our spirits, and read books that do the same.

FOUR: Having a Renaissance Mindset Makes A Big Difference Not Just To You

Look. There’s nothing special about me. Trust me when I say there are people who would enthusiastically agree with that statement. I, like you, have good days and bad days. It’s just what happens on this side of Heaven. To all of us. I watch more TV than I should. During the days leading up the election, I spent way too much time on Facebook. And I haven’t always intentionally worked at behaving, in my small ways, like a Renaissance Man. It’s really only in the past 5 years that I realized that waiting for the right time to pursue other interests would result in a life of more “What ifs?” God does not call us to a life of “what ifs.” He calls us to live fully. To live free from that which held us back.

Why don’t more believers live as people of the Renaissance? I offer this explanation: they believe their inner critic.

Often we don’t try news things when we don’t believe we’ll be good at it. Does that mindset come from God? Um, no. It comes from our experiences in grade school. Being ridiculed stings. Even as a grown up.

But as grown ups we know better. We know that insecurity drives children to mock other children. We recognize that our own insecurity means we avoid trying things—including behaving as Renaissance women and men—because we fear failure. In fact we fear it more than we fear success. The result is there are a great many gifts, discoveries, observations, books, songs and insights that the world desperately needs…that never arrive. Because we fail out before we’ve even tried.

Of all the times in human history that call for people to live with a renaissance mindset, this is it! This is an era that bellows for you to step up. If you are already doing your best to live a renaissance life, good on you and more power to you. But if you’ve felt the nudge but have so far avoided pursuing it, now is your time. The people of God must level up and impact our culture. The need is great. The opportunity is huge.

So expand your interests. Peer over that horizon. Make your mark. You are called to a life of purpose. Live it each and every day.

OK, back to writing…